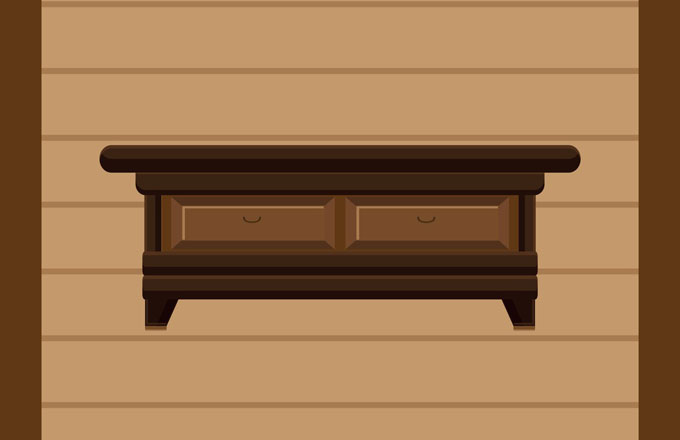 There is no study devoted to antique furniture from the French Antilles and the rare notes remain too imprecise to determine its evolution. We know that it was only after the French Revolution that the colonists really thought of settling on the islands. Previously there were frequent family mutations, as deplored by Thibault de Chamvallon around 1760, speaking of the settlers who stayed there long enough to make a fortune and then left for the mainland. There are, in fact, few settler families in the French West Indies who can claim to have been there for three centuries. Guadeloupe underwent a rather violent mutation during the time of Victor Hugues, because a part of the colonists was killed for their membership of the monarchist wing and another part had to flee towards the English islands (Trinidad, Barbados, Sainte- Lucie, etc …).

It was also from the end of the 18th century that freestone buildings began to spread, although they had existed since the start of colonization. But it is in limited number that these stone houses exist, belonging to the governors and the officers. Most of the dwellings are built of wood (with the exception of fortress dwellings where several inhabitants sleep at night and this at the time of the wars against the Caribbean). We are not dealing with luxury furnishings, but with the bare essentials as the chroniclers Du Tertre, Père Labat, and Delawarde have pointed out to us. The R. P. Du Tertre speaks in his GENERAL HISTORY OF THE WEST INDIES of the woods used for carpentry: mahogany, rosewood, red woods, whose courouça. He describes the Red Mahogany, which the Dutch and the English misread as Cedar and other Sassafras. It is not eaten by worms and resists moisture well. They make shingles to cover the houses, canoes, boats all in one piece, and “the Captains of the ships bring them to France of large planks, of which they make violles and chests in which the herds do not are not damaged from the vermin, and even retain the good smell of this wood ”. The Bois de Rose is also called Martinique from Cypre according to our same columnist. In Guadeloupe it is called marbled wood: “because the heart of the tree is spotted with white, black and yellow”. He also notes that “while working it exhales a smell so sweet, that that of roses is nothing in comparison: it is true that it dissipates over time, but it is renewed when you cut or ‘We rub the wood very hard. He is very good at building. ” Father Labat says that on his arrival in Martinique (1694) he ordered rosewood chairs from a very good Robert workshop.

As for the red woods, they are of various kinds, very beautiful, very resistant to worms and humidity and whose texture is so hard that some varieties bear the name of iron wood and others bump it. The anecdote wants that a Gascon, living in Guadeloupe, had his ax “turned back” by the hardness of the wood, he threw it at the foot of the tree “and says that it was COURROUÇA name which luy has remained since”. The heart of this bent tree is purple brown, almost black like ebony. It is excellent for building and making beautiful carpentry. The pieces of furniture that have come down to us are made in courbaril, mahogany later in pear tree from the islands, mahogany, cypress, walnut from the islands, etc … not fail to be curious. This could be explained by the fact that the few carpenter craftsmen work for all requests, and that the solidity of this furniture which passes from inheritance to inheritance ends up, especially among the poor, to ensure that one is happy to find from one generation to another. There are few craftsmen, although privileges are granted to them from the start of colonization. Sugar houses being more profitable, they gave up their profession very early to become land clearers. MR Despointes supposes that the first cabinetmakers came from France under Louis XV and that they trained cabinetmakers on the spot, who, and this appears obvious from the ‘Louis XVI style, evolve towards a style which is particular to them and where we distinguish the mix of various decorative elements such as cupboard cornices and turning feet.

According to the chroniclers, there are few fine pieces of furniture in the 17th century. Vanity is expressed especially in the clothes of the inhabitants note Du Tertre: “The vanity which reigns in the clothes of the inhabitants, has not yet passed to their furniture; for some chest, a table, a bed and benches, make up all the furnishings of the Cases. Married people have diapers as in France: but the others have only cotton hanging licts, in which they lie down like the Indians and besides that the use is convenient, they do not spend , especially since there is no pillow, no sheets, no blankets, so that a good cotton lict is enough for a man’s life. In his book “The clearers and the small settlers of Martinique in the XVII ‘century” the R. P. Delawarde specifies that these hammocks are also made in palm leaves damped with fire. He specifies that we make beds for married people but gives no details as to the style or wood used. A Caribbean chest or basket to hold the herds completes the furnishings.

It is certain that in parallel with the enrichment of the colonists one can follow the evolution of the house and its furnishings. The four researchers who, in Guadeloupe as in Martinique, were interested in old West Indian furniture, namely the sisters Henriette and Adeline de Reynal, Raoul Despointes and Dr. Marcel Chatillon have noticed that this Creole furniture is linked by its style to the so-called “port” work. »French. All agree to link this style to the timber trade which has been very intense between the islands and the Atlantic ports. The shipowners did not fail to bring the beautiful wood from the islands in return freight by the sugar ships. It is quite probable that to occupy their workforce during the winter, these merchants set up carpentry workshops and hardwood from the islands is found in the joinery of some private mansions in Bordeaux. After the War of Independence of the United States, according to Adeline de Reynal, an intense trade of wood is established between New England and the islands of the Caribbean; by this way also the English style is introduced to the islands, where it will undergo certain transformations according to the talent of the cabinetmakers of the Caribbean to give birth to a variant of furniture which one will call the English style of the islands.

Sometimes the French style like the English style can be easily followed on the islands, sometimes the mixture of styles like the absence of any specialized work, raise questions. Thus the column beds pose a mystery, because it is difficult to determine the origin of those found. Inter-island travel, extremely frequent, racing wars, the events of the French Revolution determined an intense circulation of people and goods. The bed with columns was well the type suitable for the islands by its canopy-mosquito net as by the height of the feet which sheltered the inhabitants from the possible snakes and other critters. Later the parents made the little children sleep under the bed on a pile of clothes, which were hidden during the day. By demonstration, Adeline de Reynal thinks that columned beds were made very early in the Antilles, from Louis XV. But if this Louis XV bed with crowbar or shell is practically not found, we can suppose that the cabinetmakers bypassed the difficulties of carving in too hard wood, by making simple, straight columns, which do not lack elegance . It was in the English West Indies that we found Louis XV beds, characterized, without being able to determine who had made them or how they got there. The oldest specimens of columned beds found in Guadeloupe and Martinique date from the 18th century and are clearly influenced by the New England bed.

Another mystery is that of the lullaby. of which we do not know the time when it appeared in the French Antilles; we only know that it is of English origin and we find an infinite variety of types. As for the Martinique console, by the measurements, that the Reynal sisters were able to establish they are in feet and inches measures used before Louis XVI, it is possible to affirm that this very beautiful piece of furniture dates from the end of 18, without more. This console was most probably used as a writing desk for public writers because its height is calculated to be used while standing. Consulting the inventories could be a source of information. Writers sometimes point out precious elements like Frédéric Masson in his book devoted to “Joséphine de Beauharnais”. Joséphine had just left prison and in 1795 bought the Chante-Reine hotel, which she restored and furnished. Invoices are paid by Barras. Frédéric Masson particularly notes “a secretary with mirrors and columns of yellow wood, framed in red wood with mirror and marble top, a table of octagonal yellow wood, with Porthor marble top; a walnut wood writing table, a mahogany storage compartment, a small Socrates bust in white marble; in a corner a Renaud harp ”.

The furniture found in the West Indies has in fact become rare because the tormented history of these islands such as neglect, fashions, cyclones and fires have made disappear many pieces. Most of what we found was buried among country people, in boxes and whose bed or console, sometimes a chest or a wardrobe was the beautiful ornament. 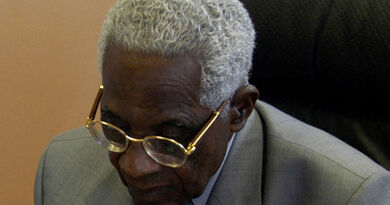 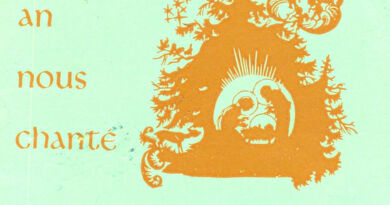 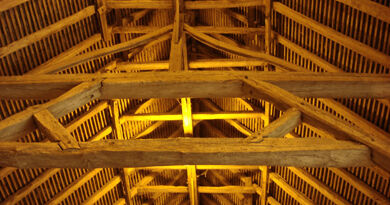 Influence of English styles on the art of wood